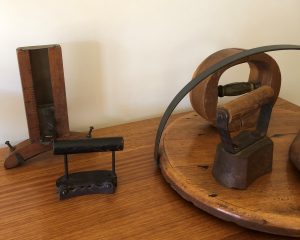 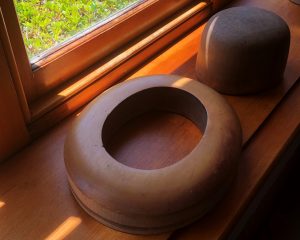 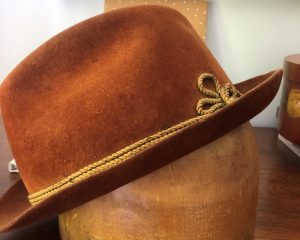 Sometimes we are lucky enough to have a friend who entrusts us with a special gift. About a year ago I was that lucky person. And about a month ago, my friend—who is the most magnificent writer—shared her story. Mitchell Kyd, AKA Yvonne Butts-Mitchell, said that I could share it here.

As genealogists, we are told to analyze documents to glean and evaluate every bit of information we can. We check for originality, who provided the information, and if the information is direct or indirect (or negative) evidence to answer a question we have about our ancestors. It sounds so impersonal, until someone like Yvonne tells the story behind the research.

Yvonne handed me her gift–a letter written in November, 1926. Following is the story she wrote about that letter, based on my genealogy research. Please check out her blog, Dead Mouse Diaries, for great reads about everyday life–the life that most of our ancestors led.

News from the Path Valley Hotel, Episode #96: The Power of a Letter

In a very ordinary way, my cousin Candy handed me an extraordinary gift last spring: a little, yellowed envelope she had found among her mother’s things. The postmark was pale and blurred but discernible: November, 1926. It had been addressed to her grandmother Florence. Why her mother had kept it all those years remains a mystery to us both but Candy knew I’d enjoy it. Although we shared a grandmother on our dads’ side, the letter had been an exchange between our maternal grandmothers,  mailed to hers and written by mine.

At first blush, it was an exchange of news between two high school friends who had been separated by distance and life changes. From the start, it offered the promise of a delightful peek behind the curtain for this storyteller, but something seemed unsettling.

I knew instantly the thick, black pencil strokes on the envelope didn’t look like my grandmother’s handwriting but the name in the return address seemed unmistakable. In the style of the day, the writer had used her husband’s formal name, my pap’s, with a “Mrs.” preceding it.  When I pulled out the letter, I was thrown off again, struck that the writing style seemed off somehow, not my grandmother’s fluid lines and careful grammar. I skipped ahead to the signature on the last page. Again, it was signed as “Mrs.” The writer was certainly my pap’s young wife.

The pages were filled with girl talk, the young bride wrote to ask her friend Florence about her baby and how her life was going as a young mother.  She asked her friend how she liked having her hair shingled and what she wanted for Christmas, then added: “Maybe you are like me. Take anything I get.”

It was a line of news on the second page that stopped me cold. The letter told of family deaths, including the writer’s sister who had left seven young children behind. I remember running my finger over the handwriting then, looking again at the signature, going back to the postmark. My grandmother never had a sister and she married Pap in 1930. The tears welled up as I realized then what a treasure I was holding in my hand, a key to a family mystery.

When I was very young, Pap used to take me to visit a woman we called Grandma Horn. Although she was always delighted to see us both, and always treated me with the best grandma-like affection, I never understood how our lives fit together. My “real” grandma, Pap’s wife, never went with us but always sent her regards. Grandma Horn returned the sentiment.

I don’t remember when Grandma Horn died. I didn’t go to her funeral but I’m sure Pap did, probably 50-something years ago. Sometime after that, I started to catch bits and pieces of her story: my pap had been married once before and Grandma Horn had been his first mother-in-law. The letter I was holding had been written by her daughter Helen.

In very vague terms, I’ve known for decades that Pap’s first wife Helen had died and that he had lost an infant son, too. End of story. Even my mother didn’t know much more. The hush wasn’t really a cover up, I learned later; the memories were simply too painful. Time passes; memories fade. The generations before us disappear and are reduced to an occasional comment at a random family gathering. I learned nothing more about Helen or their son until my mother showed me her cemetery marker three years ago.

When the gift of a letter connected me with Helen and the woman I loved as Grandma Horn, I shared the story with close friends, among them genealogist Pam Anderson. In her hands, Helen’s letter opened doors that had been locked in my family history. Pam dug into public records and newspaper files. Her research and tenacity brought me census records, marriage applications, birth certificates and obituaries. Here’s a sampling of what her excavations uncovered, all triggered by one letter from a seventeen-year-old newlywed:

Grandma Horn’s first name was Ida; she had been a maid. Helen’s dad, Grandma Horn’s husband, was David, a laborer, who was 23 years older than Ida when they married. Both had children from former relationships. Although Ida could read and write, David made an “X” on the marriage application rather than adding a signature indicating he was illiterate. He did own property which meant he had made his way in the world, regardless.

Helen was born March 2, 1909. While her marriage to my pap was not recorded in Franklin County, her letter to Florence reveals they married on February 26, 1926, just before her 17th birthday. It’s unlikely that she knew it when she was writing to Florence in November, but she was probably two months pregnant at the time. Other records show that her infant son died when two months premature, on April 12 , 1927, two days after my pap’s birthday. Helen died one week later when she was barely 18.

The baby’s death certificate calls him “John.” I’m guessing that at the time of death, Helen was too ill and my pap too overwhelmed to have declared a name. When the obituary appeared a few days later, the baby’s name was listed as Charles David, a combination of both grandfathers. Helen’s obituary in the local newspaper attributes her death to pneumonia, like most others listed that same day and the week preceding.

March 2, 2017, would be Helen’s 108th birthday. Ironically, she shared that birthday with my great-grandmother, pap’s second mother-in-law. I realize now that day that must have been rough for him to celebrate as the rest of us gathered for her cake and ice cream each year.

Helen did not leave a written account of her short time here and until last year, she was merely a cemetery marker in my layer of family history. One little letter has made her real for me and helped me pass along a part of her story.

Happy birthday, Helen. You and the little soul who was among us barely long enough to get a name have not yet been forgotten.  And to Florence, Roberta and Candy– thank you for recognizing and preserving the power of a letter.

The other cool thing: Helen and I share a birthday!