Thank you to Shawn Meyers for help with the research, and editor Malissa Ruffner, CG for getting my first article for the Maryland Genealogical Society “journal ready”! 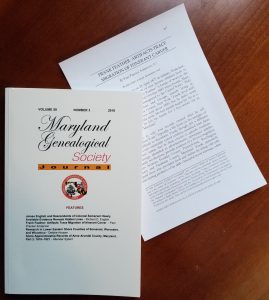 It’s that time of year when we all begin planning and looking forward to summer vacations. And if you’re like me, you try to schedule at least one trip around researching some of your ancestors in a really great place—and everyone in Franklin County, Pennsylvania hopes your ancestors lived here—and that you’ll be visiting us soon!

To help prepare for your trip, check out our Certified Tourism Ambassador (CTA) program through the Franklin County Visitors Bureau (FCVB). This year, the FCVB invested in this nationwide program whose objective is “to increase regional tourism by inspiring front-line employees and volunteers to turn every visitor encounter into a positive experience.” So how does a CTA fit into a genealogy vacation? 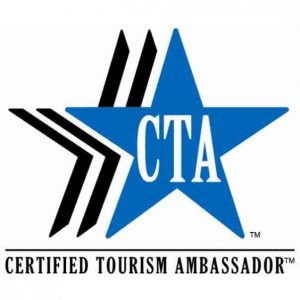 My hope is that by becoming a CTA, I can make every researchers’ visit to Franklin County the most fulfilling it can be. I do this by studying all aspects of Franklin County, to be the go-to source for finding Pennsylvania ancestors. I’ve learned through experience that my most successful trips were those where I contacted area experts who helped guide my research. Rather than using the hit-and-miss method when I wasn’t familiar with county towns and townships, these knowledgeable people pointed me to the most important repositories and sights, such as:

Besides giving directions, locals also know what records each repository may hold that will helpful when researching your family history. We also know the best and most convenient lodging, restaurants, and other non-genealogy things to do (for any family members who might not be into the research thing).

So when planning your “family” vacation, don’t forget to contact someone who will make sure you spend your time as efficiently and productively as possible. In Franklin County, it’s definitely a CTA—and it could be me!

In less than two months, I will be collaborating with several people who share an interest and expertise in Franklin County, Pennsylvania genealogy. We are joining forces to put together the first Franklin County Genealogy Workshop (and Retreat). We’ve added “Retreat” because of the beautiful home-base for this workshop – the amazing Mercersburg Inn in Mercersburg, Pennsylvania. Jim and Lisa McCoy, owners of this magnificent bed and breakfast have given us special rates for this event and will serve up breakfast and dinner for two days!

Besides meeting others researching ancestors in Franklin County, we will answer your questions such as:

Check out the details:

We hope you can join us!!